The low volatility anomaly and CAPM

A look at a paper that explores possible assumption failures of CAPM that would explain the low volatility anomaly.

We’ve talked about CAPM before, in particular:

There has also been substantial talk about low volatility investing.

The paper is “Explanations for the Volatility Effect: An Overview Based on the CAPM Assumptions” by David Blitz, Eric Falkenstein and Pim Van Vliet.

One of our findings is that not just one or two, but at least four out of the five CAPM assumptions are involved with the various explanations. Second, our overview may help to develop tests for discriminating between different explanations. Third, a key takeaway of our analysis is that, contrary to the popular notion that anomalies in financial markets are driven by irrational investor behavior, various explanations for the volatility effect are actually rooted in rational investor behavior, especially when considered in the context of institutional constraints.

The five assumptions of the CAPM are (in their words):

The key conflict between the low volatility anomaly and CAPM is that the positive linear relation between beta and expected return posited by CAPM tends not to hold empirically.  The post “Beta and expected returns” shows a few cases.  Figure 3 of that post — presented here as Figure 1 — is an example. 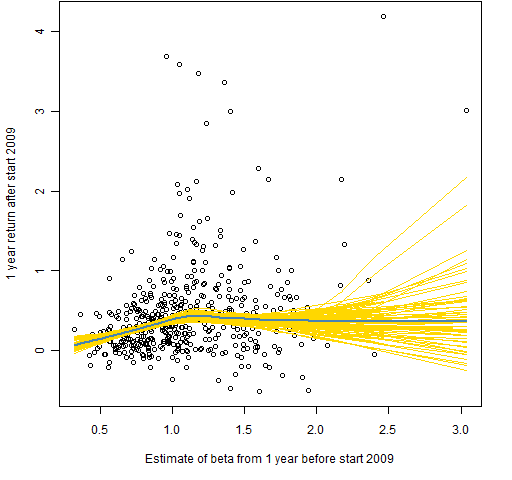 It is important to note which explanations are profoundly irrational, such as the winner’s curse, because these are presumably more ephemeral, like a trading rule that exists until people see the profit opportunities it generates. If, on the other hand, the irrationality comes from constraints or agency issues that drive managers towards higher volatility stocks, the effect is not likely to disappear unless some major industry-wide changes would be implemented.

The “M” in CAPM stands for Model.  That’s correct.  CAPM is a fine model.  The problem is that there has been a concerted and sustained effort to turn it into CAPT as in Truth — a prime example of Models Behaving Badly.  The paper is an example of using the model in quite a good way. 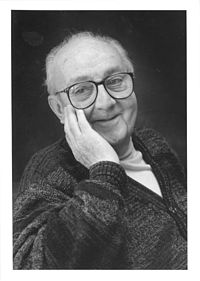 The paper should be interesting for how it dissects the problem even if you don’t care about low volatility.

Our ideas held no water
But we used them like a dam
Oh, and we carried it all so well

from “Missed the Boat” by Isaac Brock

This entry was posted in Quant finance and tagged beta in finance, CAPM, low volatility investing. Bookmark the permalink.

2 Responses to The low volatility anomaly and CAPM