Calibrations of 2013 predictions for 18 equity indices — plus some publicly available predictions.

The distributions are an attempt to see the variability if there were no market-driving news for the whole year.

Another way of thinking: mentally moving the distribution to center on a prediction gives a sense of the variability of results to be expected if the assumptions of the prediction were exactly right.

The green lines in the plots indicate the starting point for the year, purple lines indicate predictions. 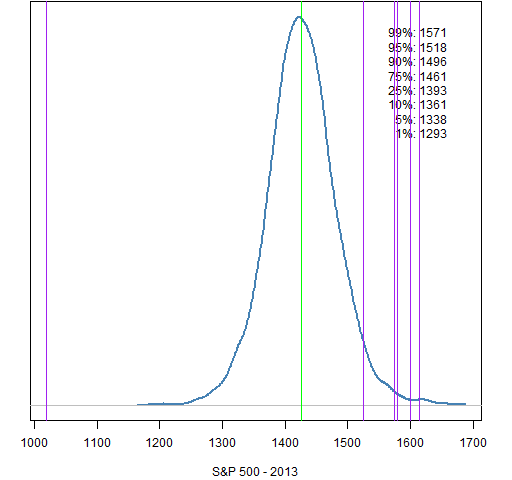 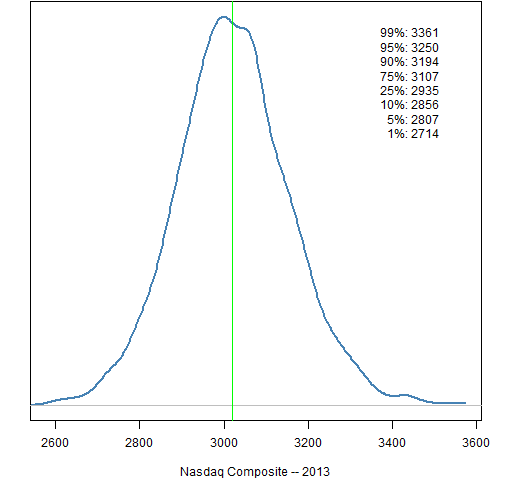 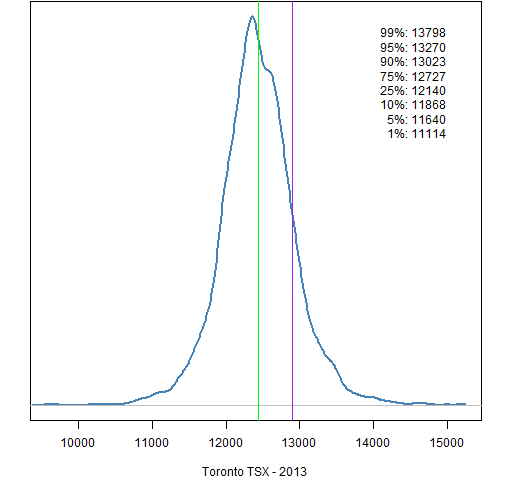 Bloomberg reports an average of 12,886 from 7 predictions, but doesn’t list the individual predictions. The prediction displayed is from BMO Capital Markets. 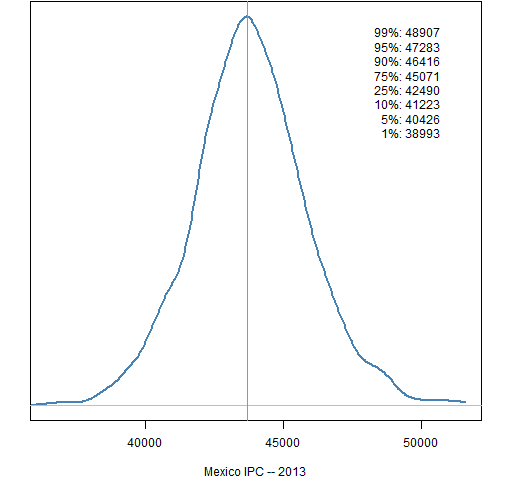 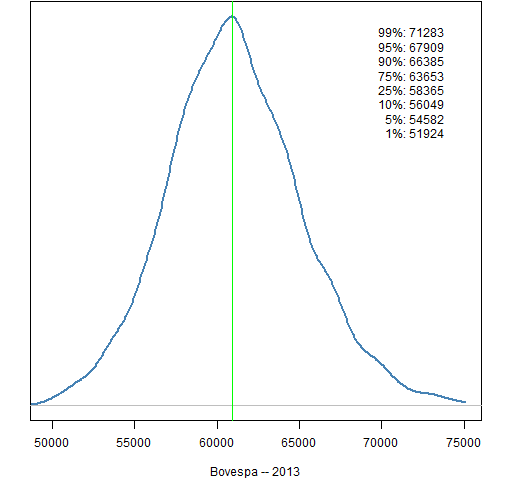 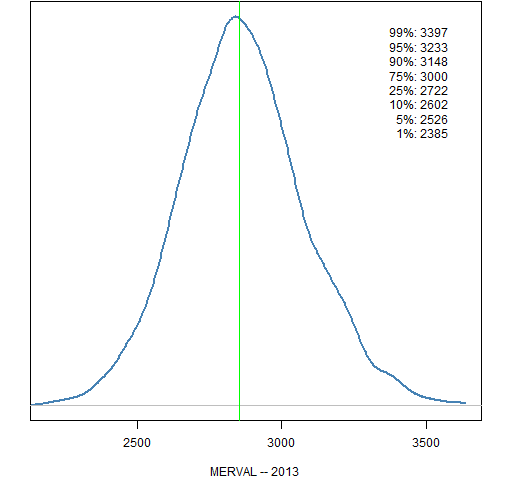 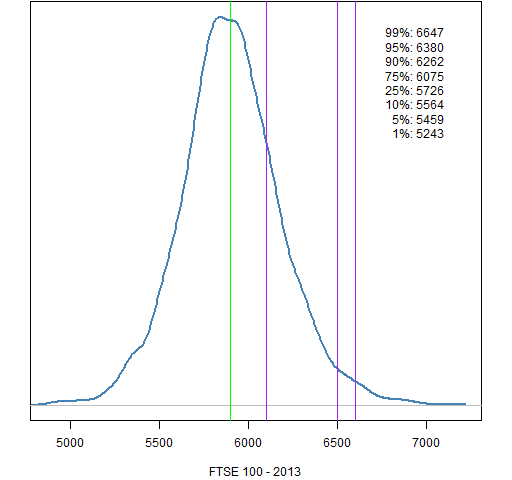 This is 4 predictions (6500 occurs twice) out of 7 that averaged to 6428 reported by the Financial Times. 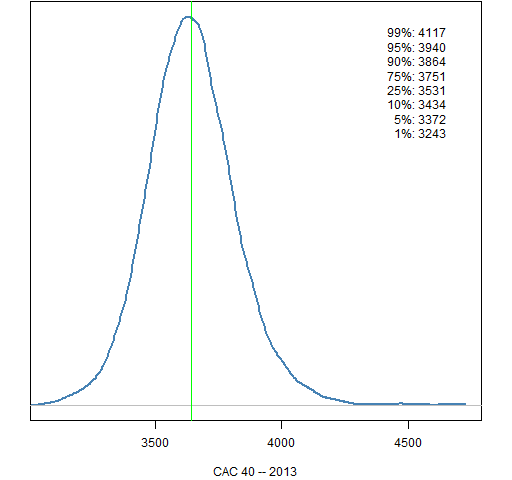 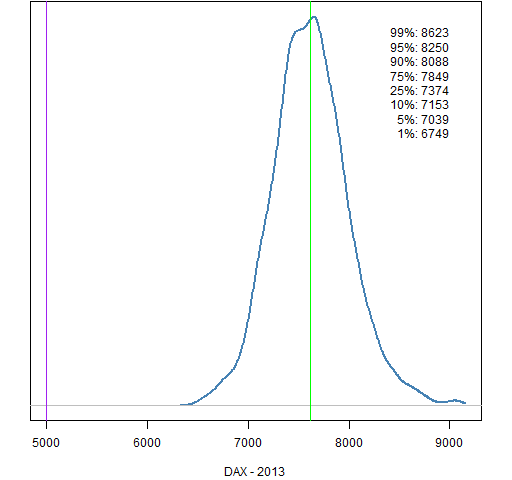 The prediction is Saxo Bank’s “outrageous” prediction.  Is it really so outrageous? 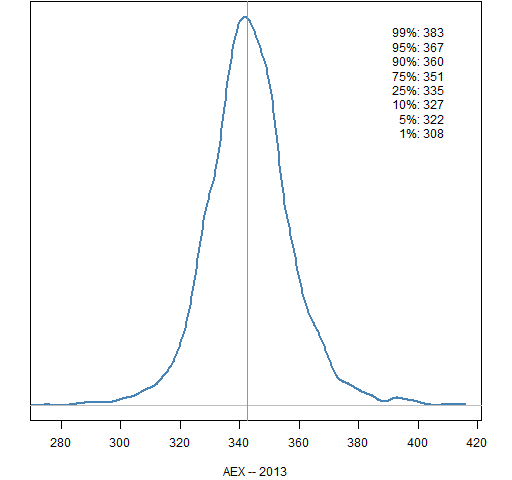 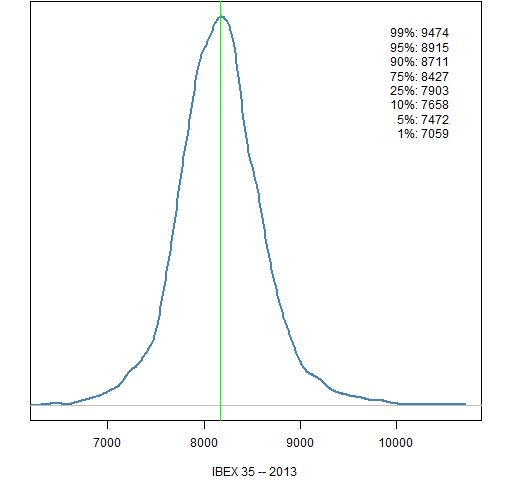 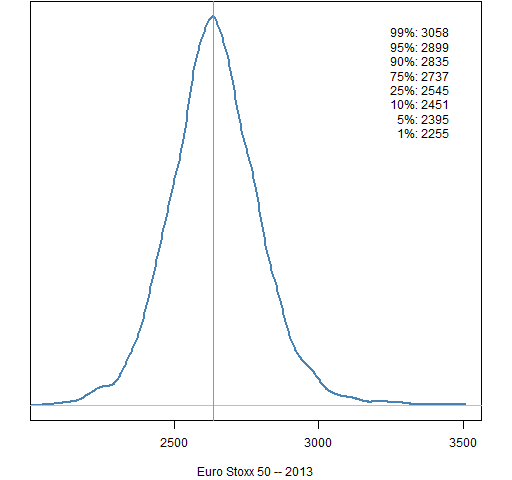 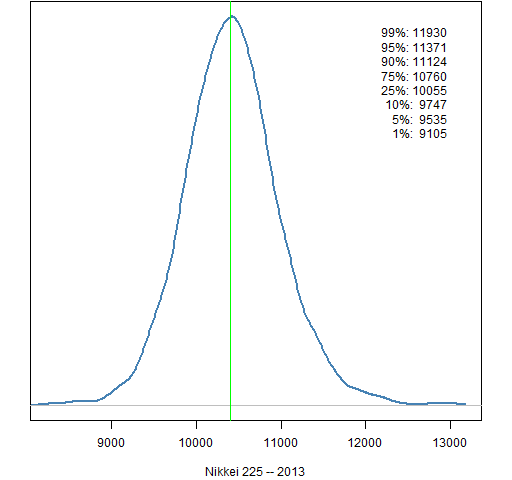 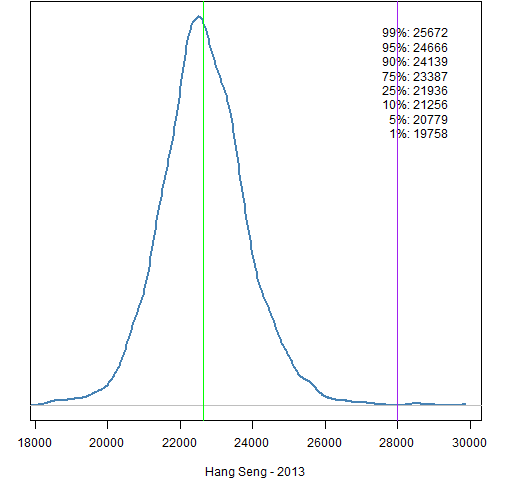 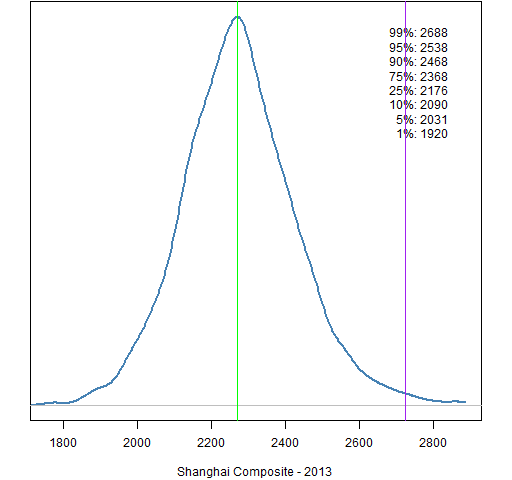 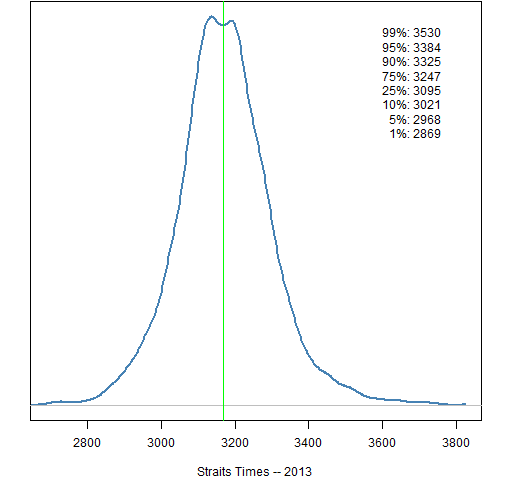 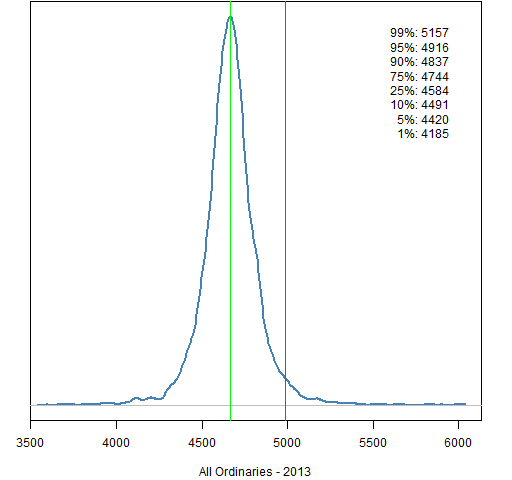 The predictions of four large banks are all on the positive side.

The post “Revised market prediction distributions” provides the methodology (which is summarized below).

Last year’s prediction distributions are in Market predictions for years 2011 and 2012.

The simulation uses 50-day blocks. That is, for each simulated year 5 continuous blocks of length 50 are randomly selected from the standardized residuals from the garch model. With probability one-half the signs of all of the values in a block are switched — either all or none of the signs in the block are switched. This is meant to work around the autocorrelation in the residuals that is induced by fitting the overly rough expected returns.

The stock data comes from Yahoo.

Some R functions that were used in the production of the plots are defined in prediction_dist_funs2.R.

The source function can be used in R to put the functions into your session, for instance:

1 Response to Market predictions for year 2013