What can we learn about the difference in structure between a Ledoit-Wolf variance matrix and a corresponding factor model variance?

In this post we use the risk fractions of the random portfolios to explore how the Ledoit-Wolf variance differs from the factor model.

The key thing that drives this analysis is that we can get the risk fraction for each asset in the random portfolios both for the variance matrix that was used to do the constraints and for the other variance matrix.

Are there systematic differences between the risk fractions from the two variances?  Could such differences highlight possible trouble spots? 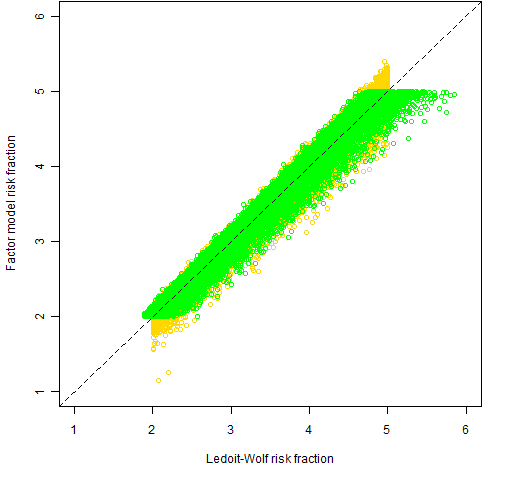 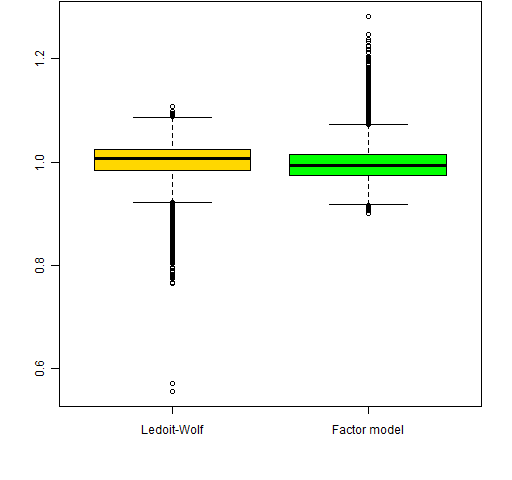 Both the Ledoit-Wolf risk fractions that have a ratio less than 0.6 are for ticker NEM.  The stocks that have more than one factor model risk fraction with a ratio greater than 1.2 are CEG, WLP and EOG.

Figure 3: Densities of the correlations from the Ledoit-Wolf estimate (gold) and the factor model (green).  The vertical lines are the means. 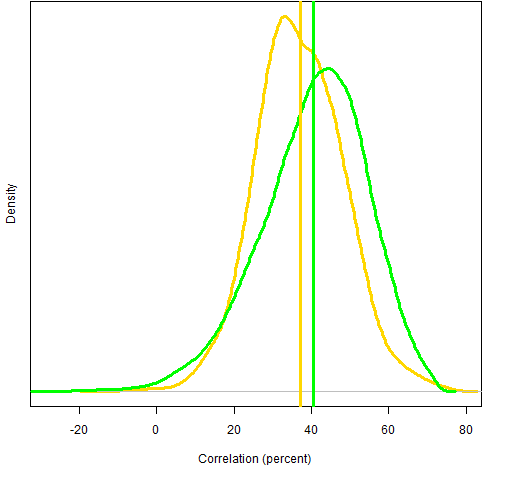 Notice that the factor model has more small correlations.  A different perspective on this is Figure 4. 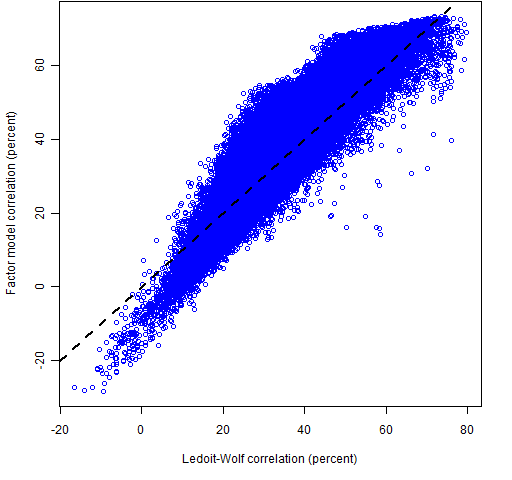 Here we show the correlation part of the analysis.  First is to get the unique correlations:

These use the inbuilt functions cov2cor (to change a variance matrix into a correlation matrix) and lower.tri (to get the lower triangle of values of a matrix).

From a computing point of view, the interesting part of the analysis is how to get the names of the variables for correlations that have specific characteristics:

The key trick is to use the which function with array index output.  This gives us a two-column matrix.  Next we cut the number of rows of this matrix in half by selecting the locations in the upper triangle.  Finally we populate the locations in the matrix with asset names rather than numerical subscripts.