The data are daily returns starting at the beginning of 2007.  There are 477 stocks for which there is full and seemingly reliable data.

The betas are all estimated on one year of data.

Figure 1 shows the behavior over time of all of the beta estimates.

Figure 1: All betas at all times. 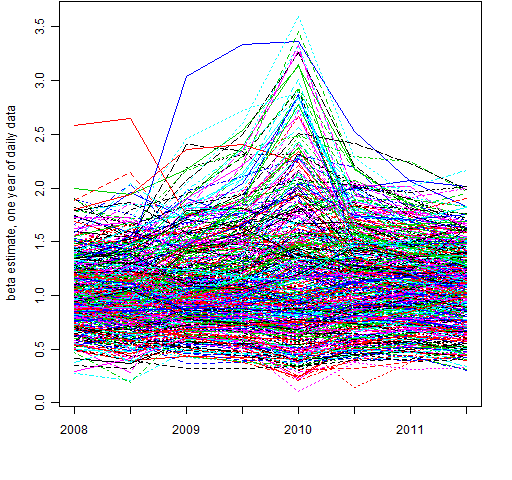 The stock that starts out with a beta estimate of about 2.6 (red line) is ETFC.

Figure 2 extracts the 20 stocks that exhibited the most volatility in their beta estimates over the 8 time points.

Figure 2: Betas exhibiting the most volatility through time. 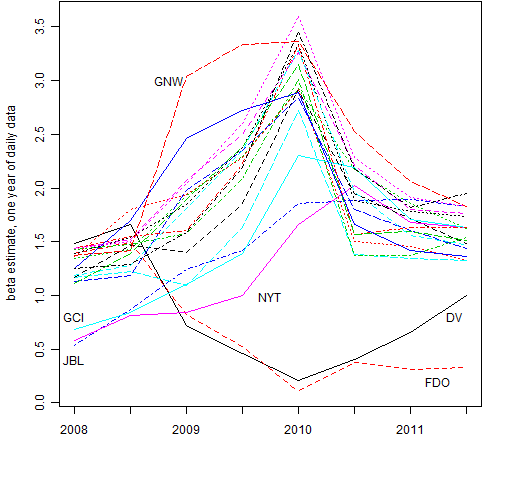 There are three groups visible:

Figure 3 shows the scatter of the first set of betas versus the last set. As would be expected, this is the pair with the lowest correlation. 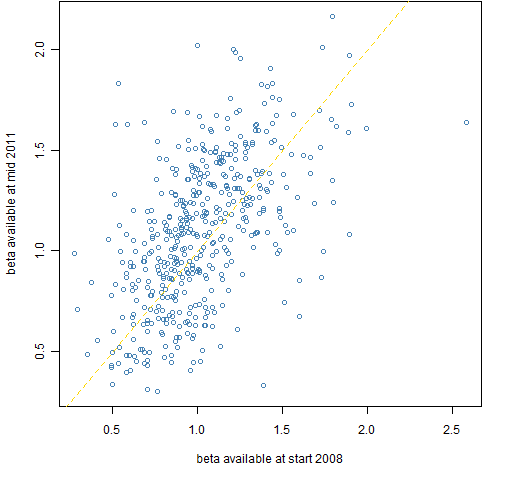 The creation of the original data can be seen at ‘On “Stock correlation has been rising”‘.   There was then some minor data manipulation: create a matrix (rather than an xts object) with the index as the first column, and create a numeric vector (sp.breaks) that gives the break points for the year and half-year locations.

This involves creating a matrix to hold the beta estimates, and then filling that matrix via a for loop.

Figure 1 is created by:

The list of tickers in Figure 2 was created with:

The result of the final command was then copied and pasted.