What does beta look like in the out-of-sample period for the portfolios generated to have beta equal to 1?

In the comments Ian Priest wonders if the results in “The effect of beta equal 1” are due to a shift in beta from the estimation period to the out-of-sample period.  (The current post will make more sense if you read that one first.)

Creating the betas for the stocks for the first half of 2011 (the out-of-sample period) is easy enough — it is just another regression.  Figure 1 compares the stock betas for the two periods. 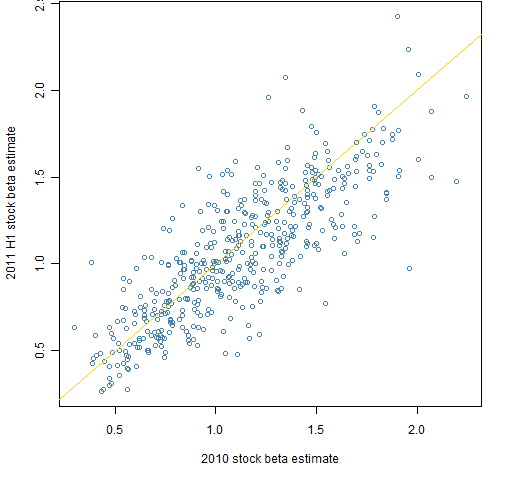 Figure 2: Realized beta for portfolios of 20 assets using the portfolio weights either at the start or end of 2011 H1. 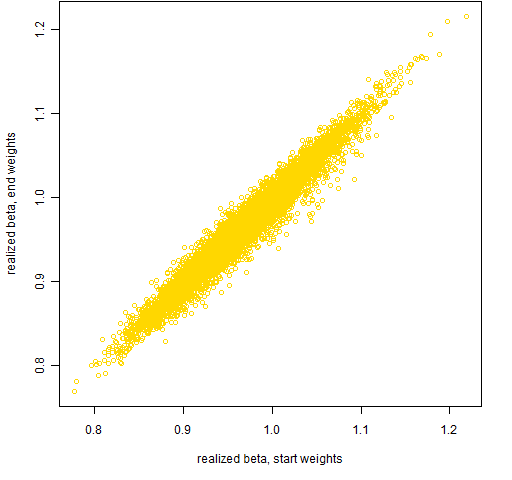 Figure 3: Realized beta for portfolios of 200 assets using the portfolio weights either at the start or end of 2011 H1. 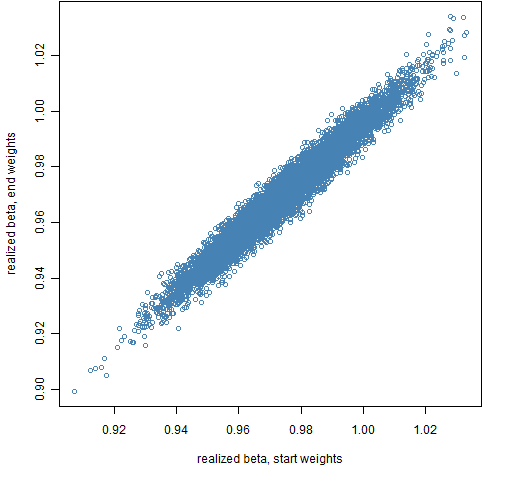 The surprise for me in these plots is how stable the portfolio betas are — that is, how close they remain to 1.  Figure 6 of “4 and a half myths about beta in finance” indicates how variable stock betas can be.

Figures 4 and 5 show the portfolio returns versus the mid-point realized betas.

Figure 4: 2011 H1 returns for portfolios with 20 assets versus realized beta for the same period. 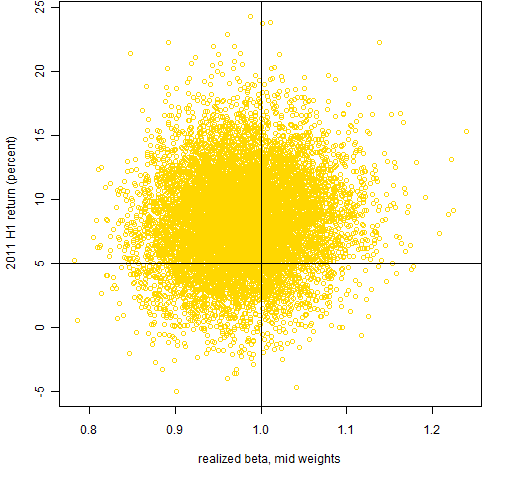 Figure 5: 2011 H1 returns for portfolios with 200 assets versus realized beta for the same period. 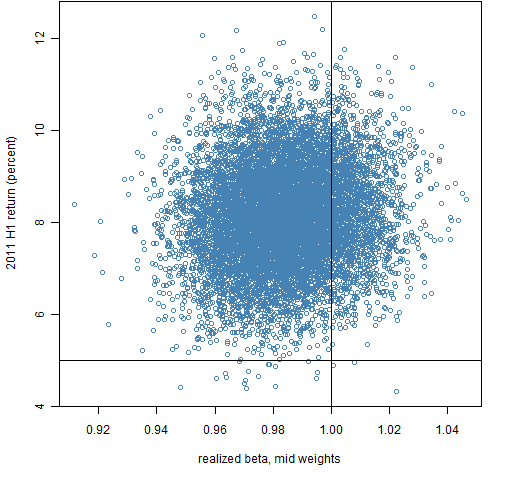 The first step is, of course, to estimate the betas for the new period:

The other step is to get the portfolio weights based on some set of prices and then multiply the weights by the corresponding betas and sum: