The mean reversion of Groundhog Day

February 2nd is Groundhog Day.  If Punxsutawney Phil sees his shadow, then he goes back into his burrow and hibernates for six more weeks.  Otherwise he predicts an early spring.

The other Groundhog Day

Most people outside the US and Canada will associate Groundhog Day not with Phil but Bill.  Bill Murray, that is, in the movie Groundhog Day. This is a comedy in which Bill Murray’s character relives a day over and over again.  (The mean reversion is not in the y-axis, but the x-axis.)

Bill Murray’s character gets to modify his strategy as he relives the day.  In finance we can try to do this with backtesting but we never get to do it for real.

The day is really about prediction — will there be a long winter or not?  In the history of the Punxsutawney event there have been 99 sightings of the shadow and 15 with no shadow.  So, very skewed towards long winters.

Estimates of the accuracy of the groundhog prediction run from 100% to less than 40%. The 100% estimate is a facetious value given by the organizers of the event.  But there are problems even with the more serious efforts.  How do you define early spring?

This can be a problem with financial predictions as well.  Prediction accuracy can be excellent when success is ambiguous.

Punxsutawney is not the only place to have a prognosticating groundhog, and they don’t agree with each other very well.

I predict there will be another post on prediction on this blog this week. 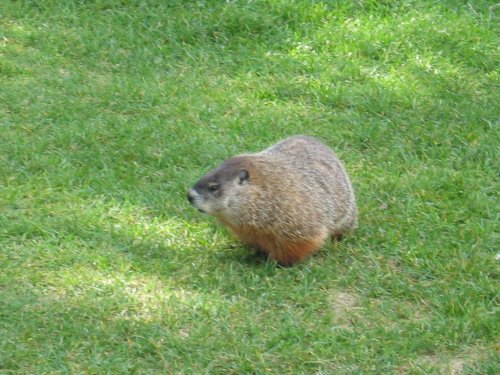 This entry was posted in Fund management in general and tagged Groundhog Day, mean reversion, prediction. Bookmark the permalink.

3 Responses to The mean reversion of Groundhog Day