For normal accidents to come into play, two conditions need to hold:

When the two attributes hold, there are countless paths that the system can take and there will be no way for anyone to predict with any accuracy where the system goes.  There will be numerous “trajectory of accident” opportunities.

Often attempts to improve the safety of the system actually make it less safe.  Some examples of this are given in the wonderful piece by Tim Harford called What can we learn from a nuclear reactor?

I don’t see that there is much to be done about complexity.  The financial system is inherently complex.  We can eliminate some complex instruments.  Such moves might be a good idea, but that isn’t really going to affect the complexity of the system much.

Reducing coupling is possible.  That means eliminating too-big-to-fail.  This is equivalent to installing safety gates in domino displays so that accidents cause only limited damage. 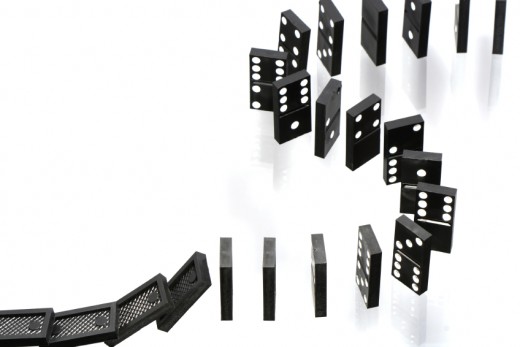 A toy for contagion

The plot method shows when failures occur.  The plots here are shown with topographic colors — blue is early, then green, yellow and tan.  White means no failure.

Figure 1: An instance with equal contagion vertically and horizontally. 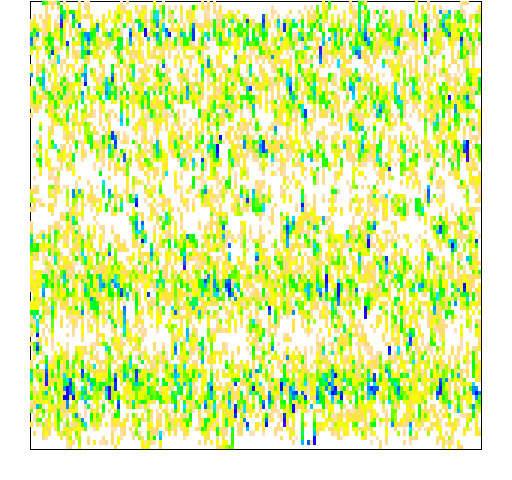 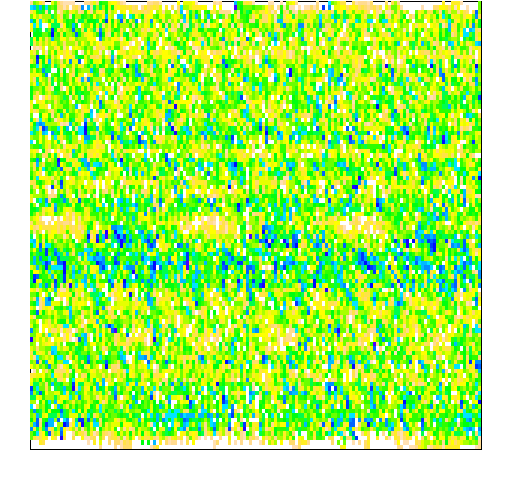 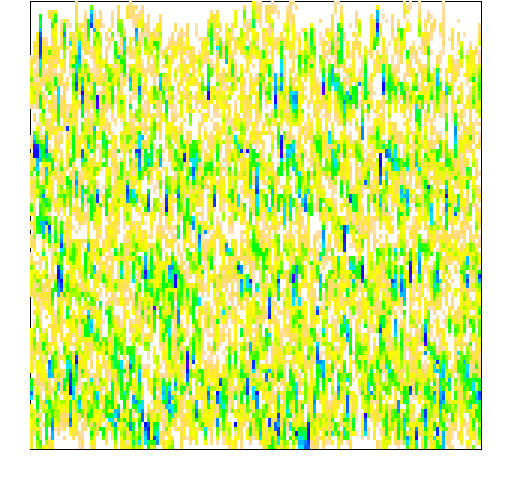 A reason that Figure 3 doesn’t look like Figure 2 on its side is that there are 150 entities across and 100 vertically.  Another reason would be if there are still bugs in the function — no guarantees there (in other words, reasonably likely).

The most obvious thing from the plots is that it pays to be on the edge where there is less chance of catching failure from others.

There are lots of directions to take this:

You can get the contagion function and the plot method for the objects it creates with the R command:

Please have a play with them and let me know of nice improvements.  Extra points for most artistic.

This entry was posted in R language, Risk and tagged contagion, market crash, normal accident, too big to fail. Bookmark the permalink.