An interview regarding social impact bonds

An interview with Russ Bubley:

Russ is the founder of i for change, a social investment strategy consultancy working with charities, social enterprises, government and investor groups to bring innovative capital markets solutions to social and environmental problems. 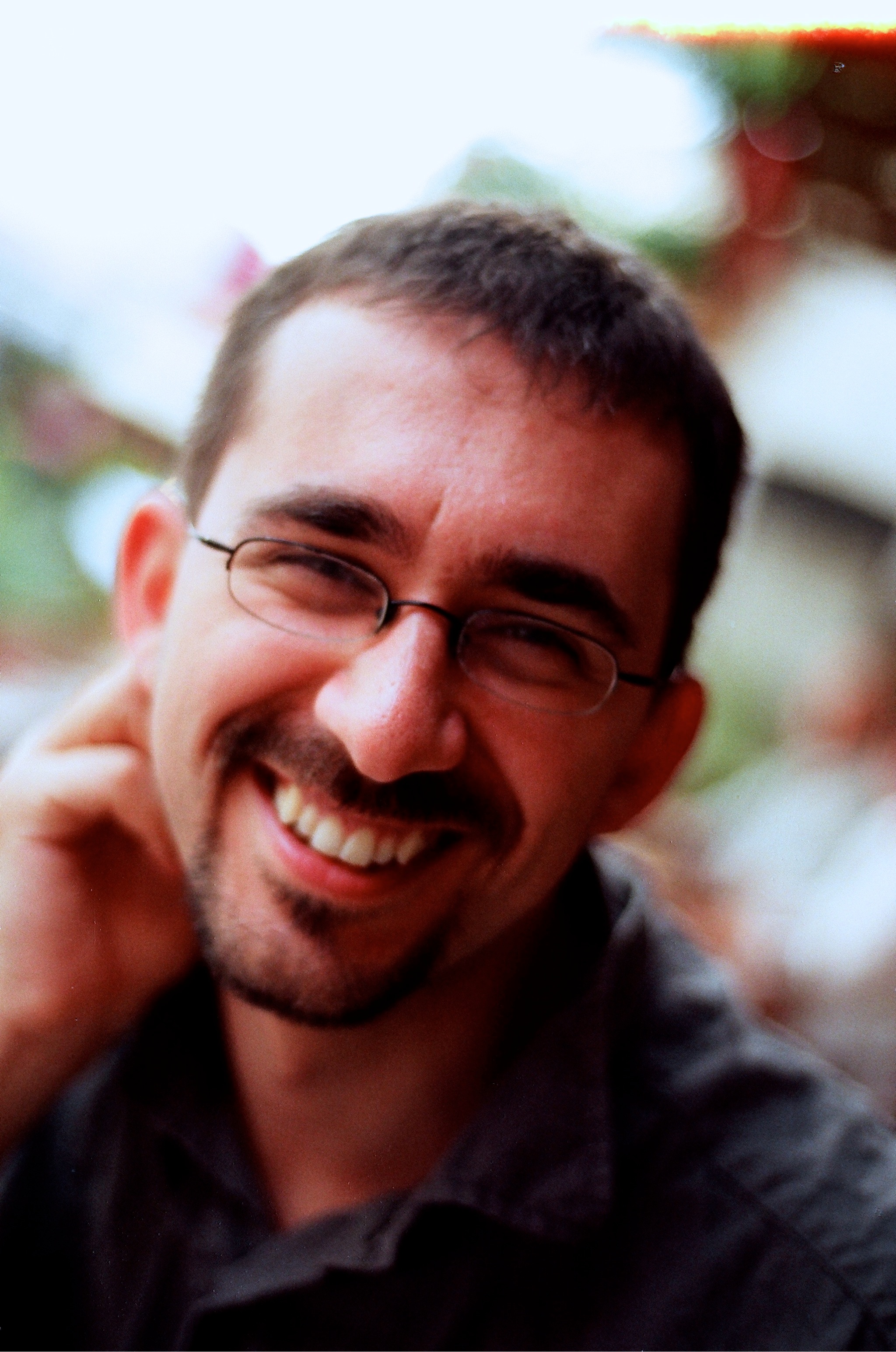 Pat: The last time I saw you in person you were doing risk management.  How did you get from there to doing what you’re doing now?

Russ: After risk management, I moved to trading. Equity exotic derivatives.  I came to head up the Global Stock Exotics book (fun and funky derivatives on single shares, or practically anything on multiple shares).

From there I became slightly unconventional: I became a financial engineer –- a structurer –- and dropped to working part-time.  In this role you would be responsible for innovation and pricing – maybe new derivative payoffs, maybe an access product – letting investors gain exposure to something new, maybe something that played on funding curves, or that needed a particular legal, tax, regulatory or accounting consequence.

Since I was working part-time, I could read around and think about my next move. I was inspired when I read about the first social impact bond to think – “Hey! I could do that.  But maybe I would do it just slightly differently…”  So I negotiated an exit from Citi, and set about meeting and talking to everyone that I could in the area; before too long I was being offered consultancy work.

In 25 words or less, what are social impact bonds?

An investment that provides risk capital and working capital to an organisation taking on a payment-by-results contract.

Yes.  Perhaps I cheated, by throwing more jargon at you.  A payment-by-results contract (“pay for success” in the US) is a new way for governments to spend their money: instead of paying someone for outputs (“Please provide hostels and support services to London’s homeless”), you pay for outcomes (“We will pay you for each homeless person you manage to get into secure housing for an entire year”).  In essence, at least for outcomes that one way or another the government will need to pay for, this transfers a lot of the economic risk of failure from the public sector to the private and voluntary sector.  Social impact bonds (SIBs) then pass on this risk again. 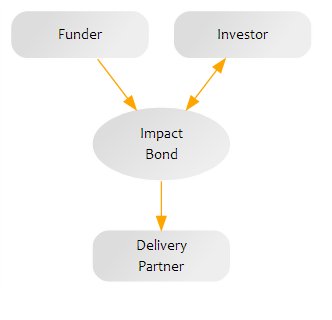 Surely it can’t be as easy as one word for one concept.  Are there other names for social impact bonds, and are there real differences?

Well they’ve also been called social benefit bonds and social outcome bonds – all very much of a theme, with no real differences.  And there is a definite movement by some in the US to move away from the term “bond”, seemingly because they aren’t just vanilla bonds.  Despite this, I think the term social impact bond is now so deeply entrenched that it will stick.

I’ve seen the term POP bond, what is that?

It stands for Pay On Performance – and is just another term for a SIB; it seems to have fallen into disuse as a term.

What is the history?  What was the start, and how big is it now?

The first social impact bond that was successfully launched was in the UK in 2010; it gained around £5m of commitments from investors.  It aims to try to reduce reoffending for people leaving Peterborough Prison.  Although it was the first launched, it won’t be the first to mature.  Since then there have been 14 more launched in the UK, two in the US, and two in Australia.

There are a whole host more being worked on and talked about in many different countries now.  Despite their rapid growth, the total notional invested so far is only around £50m, so there is a long way to go before SIBs become significant in capital markets terms.

Social impact has to be measured.  What role does statistics play — in particular randomized trials?

I think it is important to distinguish between the social impact – the consequences of an intervention on society – and what is paid for in a social impact bond, which usually relies on a metric negotiated between government and investors.  They are not unrelated, but the negotiated metric has to be objectively measurable, easily understandable, politically acceptable, and ideally aligned with potential cost savings.  This is viewed as a “good enough” proxy for social impact.

So far, statistics have been used in a piecemeal and not totally robust fashion: there is little history in social service delivery of independent verifiable data gathering, experiment design is limited by ethical and legal constraints, and few of the parties involved have a high level of statistical understanding.  This will, however, change as the area matures, and in fact I am currently involved in a project that aims to generate statistically valid data for a family-based substance misuse intervention to support a future SIB.

In broad terms, the hardest problem to address in these types of intervention is the counter-factual – what would happen if you didn’t intervene – but ethical considerations typically limit your ability to conduct that kind of experiment.

What do you see as the most under-appreciated advantages?

What do you see as the obvious ones?

Fair enough.  I don’t see it as obvious, but here is my vote: If the solution to a social problem were “logical”, then it probably wouldn’t be much of a problem.  It seems to me that social impact bonds provide the freedom to explore counter-intuitive approaches to problems.

I see what you are driving at, but in reality the problems are really much more straightforward: there are competing services that could be delivered, each of which targets a problem differently, each with a different way of measuring success, and very few with any kind of verifiable data, let alone rigorous statistics.

To compound the problem, it is not clear how to segment your population, where many will exhibit multiple issues (e.g. a rough sleeper with mental health problems, poor physical health, a drug addiction, and no formal educational qualifications), each intervention will have varying efficacies across each of these issues, and the interaction between interventions will be unknown.  Even if you had perfect data on each intervention, it would still be an immensely challenging stochastic optimization problem to solve.

The “obvious” advantages, which are highly debatable, are that financial incentives to perform against defined outcomes will result in better service delivery; and that this can help bring the wisdom of the markets to bear on complex social problems.

In many ways, I think it is the underappreciated advantages that are actually more important:

What are the biggest weaknesses (so far)?

The structures in England to date have all been very traditional corporate finance structures aimed at a limited pool of social investors: these investors’ willingness to spend time on these innovative structures has allowed the investment proposition to become unnecessarily complicated and makes it harder to interest a wider pool of investors.  In addition, this complexity has made the whole process expensive – so expensive that it has required donated support in one form or another to actually work.

This structure, and indeed the current direction of travel, is to make social impact bonds just another investment – there are various collective investment schemes being set up to make SIBs more accessible to traditional investors.  I think it will be a tremendous shame if this model succeeds, for it completely misses the opportunity to engage with the investors at a level beyond their wallet and a warm fuzzy feeling.

I firmly believe that succeeding in tackling complex social problems requires better understanding from, and engagement with, the wider public – asking people to invest in a social impact bond gives you an opportunity to engage with them in a way you could never do just by education and campaigning efforts, you can reach a different segment of the public and get people to think more deeply about these issues.  It can even give you a way to combat nimbyism!

Another impediment has been the rules governing tendering of government contracts, which must follow a public tender process.  This tender process generally happens after metrics have been chosen.

At the current level of immaturity in this space, getting metrics that actually work, however, requires input from investors, commissioners, and the body delivering the service, which would require investors and service delivery organisations (often charities) to invest substantial amounts of unpaid time and effort in getting these right, yet given the tendering process there would be no certainty of their efforts being rewarded.  This has meant that metric design has either been conducted unilaterally, or has been skewed towards organisations with the financial flexibility to take a punt on engaging in this process.

What should I have asked that I haven’t?

Probably, “Will the Social Impact Bond aproach keep growing?” – And I would answer with a guarded “yes”.  There will be more SIBs over the next 5 years, many many more – and it will help drive a data revolution in the issues that they attempt to solve,  a better grounded argument for preventative work in many cases, and a framework for working across budgetary silos.

Once these key enablers have been put in place though, will SIBs still be useful?  That’s not so clear.

Russ, thanks very much.  I hope readers learn as much as I have.

This entry was posted in Fund management in general and tagged social impact bonds. Bookmark the permalink.

2 Responses to An interview regarding social impact bonds