A pictorial history of US large cap correlation

How has the distribution of correlations changed over the last several years?

If we were actually using the correlations, then we would probably want to use some adjustment of the sample correlations.  The most common tweaks are:

However, here we really are interested in the sample correlations.

Figure 1 shows boxplots for each year.  2012 is the first post-2008 year in which the correlations approach the pre-crash values.

Figure 1: Distribution of correlations by year. 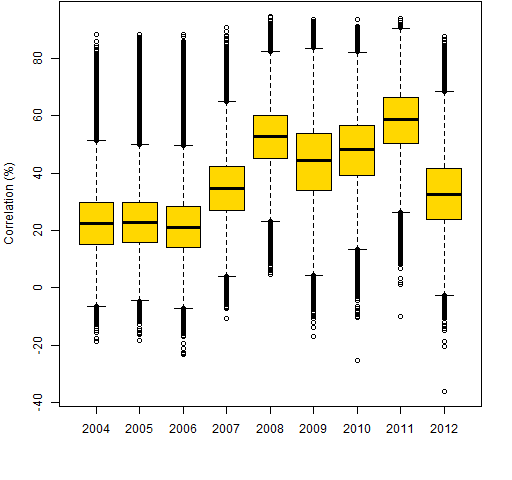 Figures 2 through 9 are scatterplots from one year to the next.  They are shown as smoothed scatterplots because of the large number of points in each plot.  The gold line in these plots shows where the correlations are unchanged. 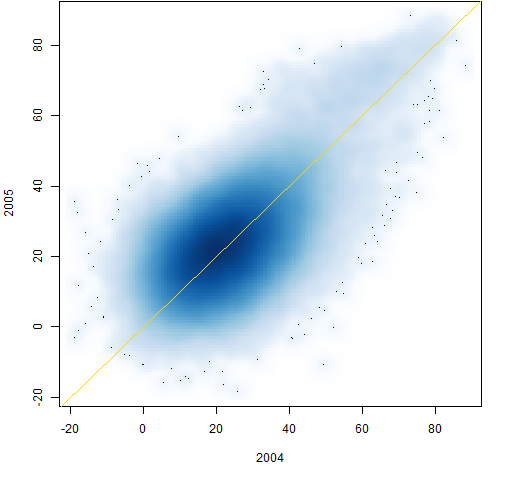 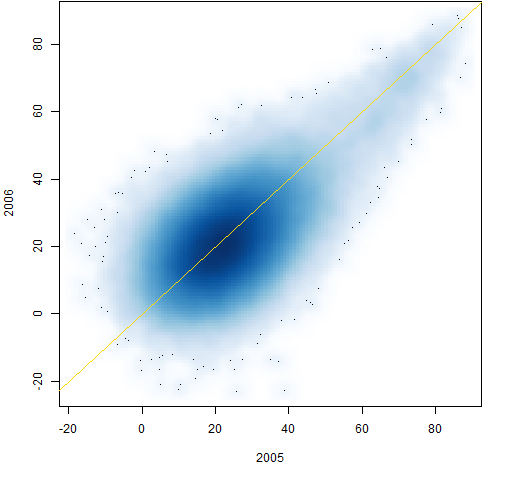 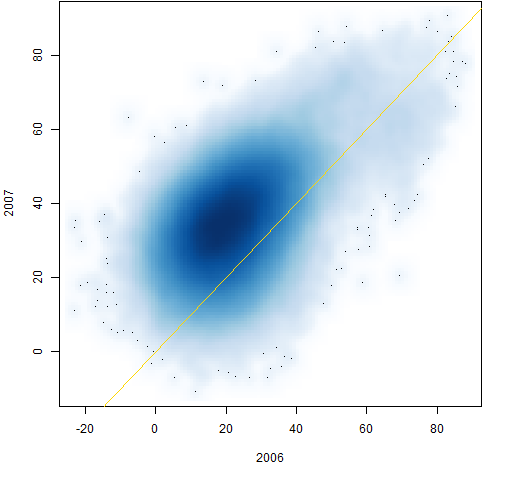 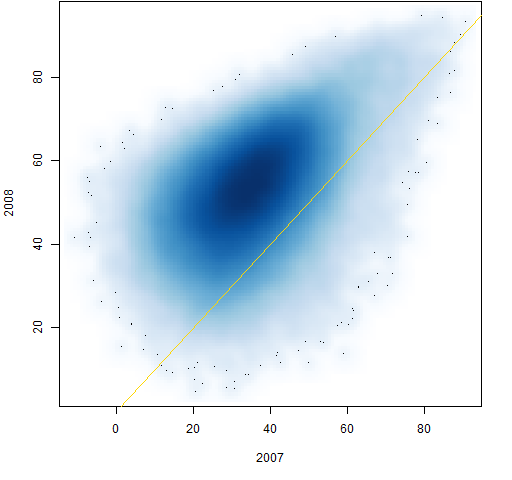 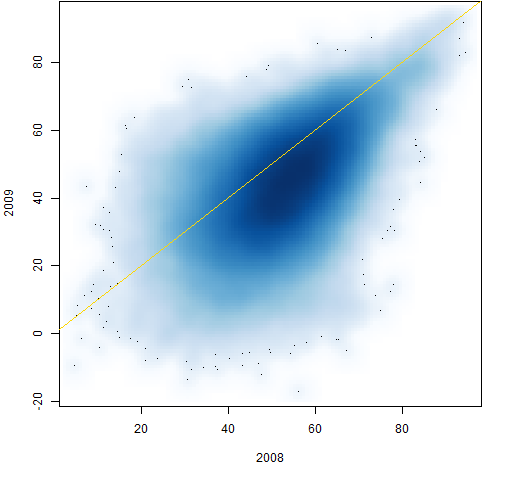 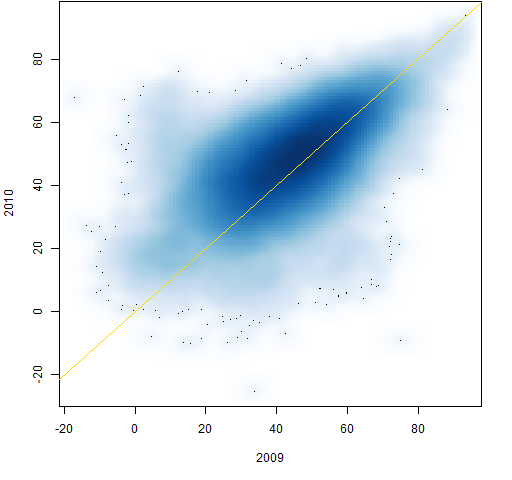 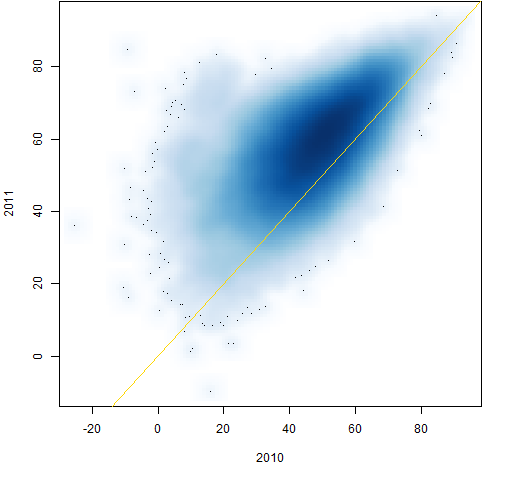 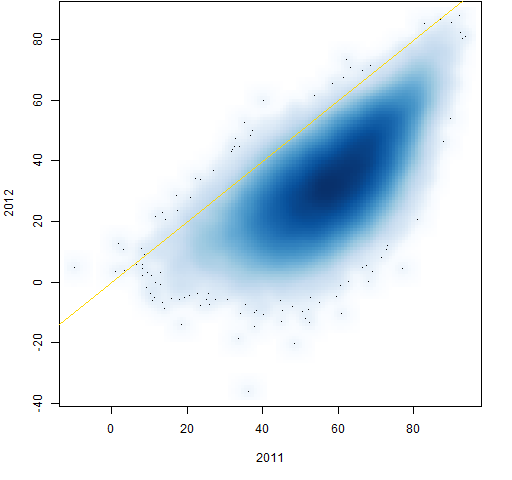 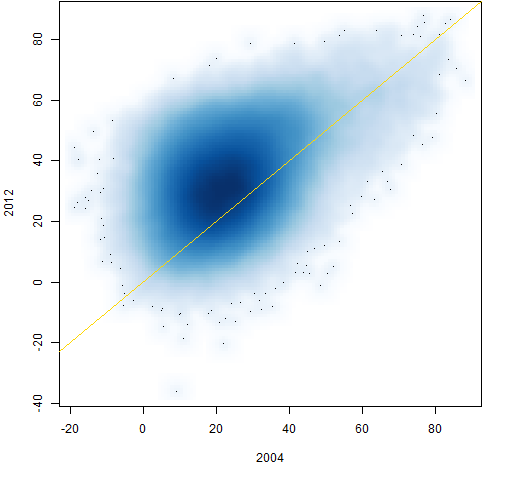 Figure 11 shows the path through time of 100 randomly selected correlations. 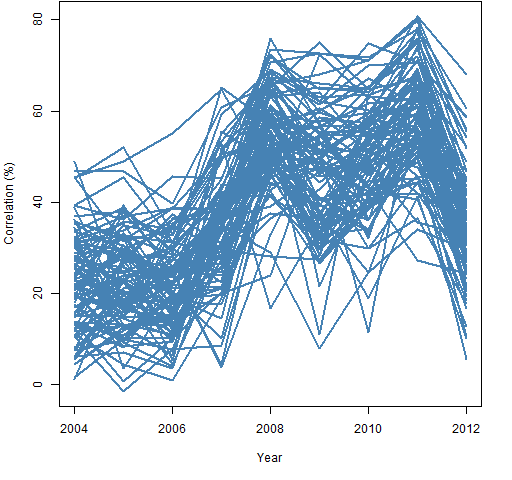 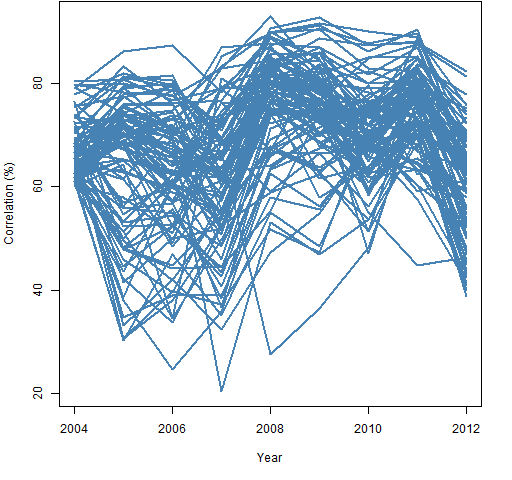 Figure 13: 100 correlation paths selected at random from the 712 smallest correlations in 2004. 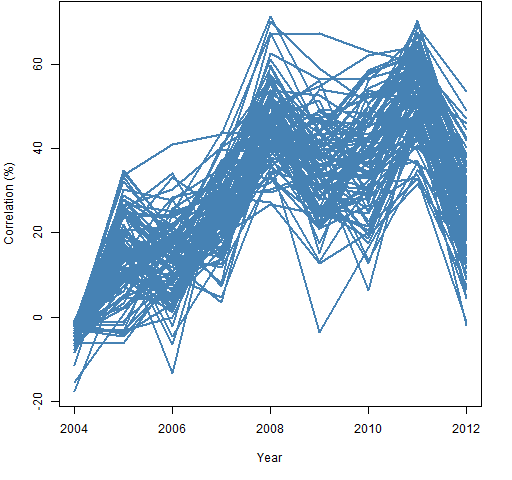 Figures 12 and 13 show the small correlations regressing towards the center much more than the large correlations.  Figure 14 shows this also. 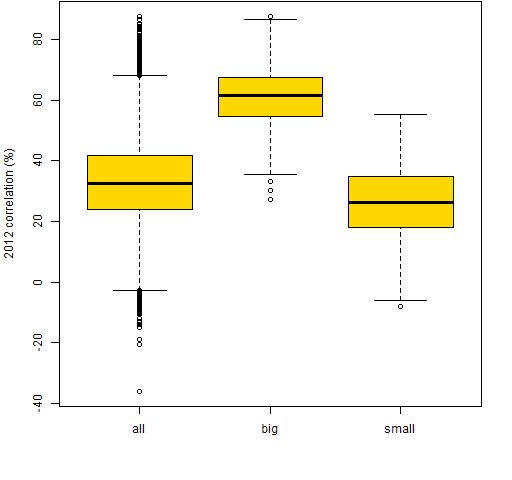 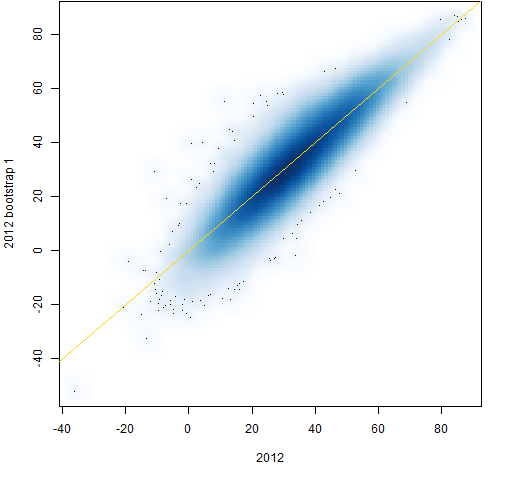 This shows slightly more variability for the small correlations than the large ones, but not nearly so much as with the real data.  Figure 15 shows pure sampling error while the previous plots have sampling error plus actual changes to the correlations.

It appears that large correlations are more stable than smaller ones.  That’s not so hard for me to believe.

Computations were done in R.

The initclose object is a matrix of daily closing prices (days in rows, stocks in columns).  We get log returns with:

The second command gives us the year of each row in the return matrix.

The actual matrix that we use inside lower.tri doesn’t matter — we just need it to be the right size.  The result is an object that is TRUE for lower triangle positions and FALSE otherwise.

The strategy is to create a matrix to hold the 9 years of correlations, and then to fill it:

The one tricky bit here is the as.character(i) which is used so that we get the column named "2004" rather than column number 2004.

The command to create Figure 1 was:

The bootstrapping of the 2012 correlations was done with:

Pretty much trivial as long as you know the incantation for the sample function.

1 Response to A pictorial history of US large cap correlation