A look at a simplistic measure of stock-picking opportunity.

The interquartile range (the spread of the middle half of the data) has recently been added to the market portrait plots.  Putting those numbers into historical context was the original impulse.

However, this led to thinking about change in stock-picking opportunity over time.

Figure 1 shows the daily interquartile range over the universe of stock returns through time. 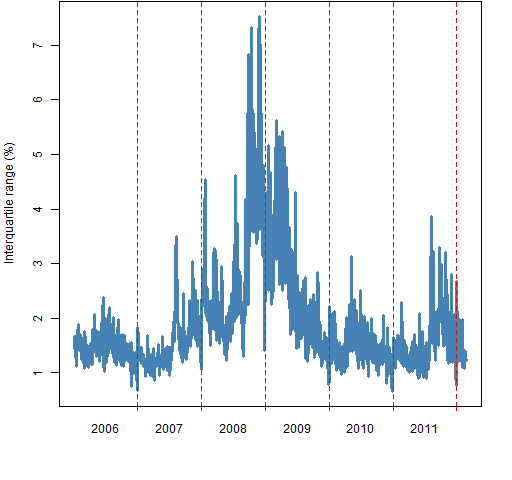 Figure 2: Interquartile range of daily returns versus the median return. 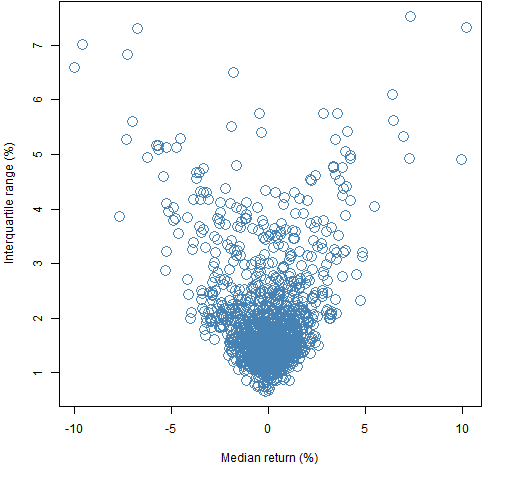 It could be that the spread of stocks would be different on up days as opposed to down days.  As Figure 2 shows, that seems not to be the case. 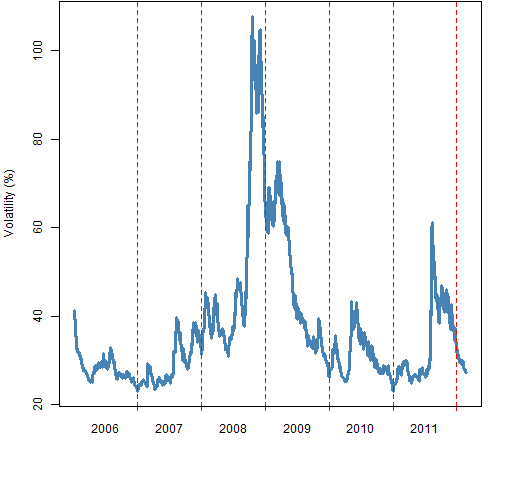 Figure 4 shows the time series of interquartile ranges divided by volatility.  Large values of this ratio are good for stock-picking — stocks act differently from each other. 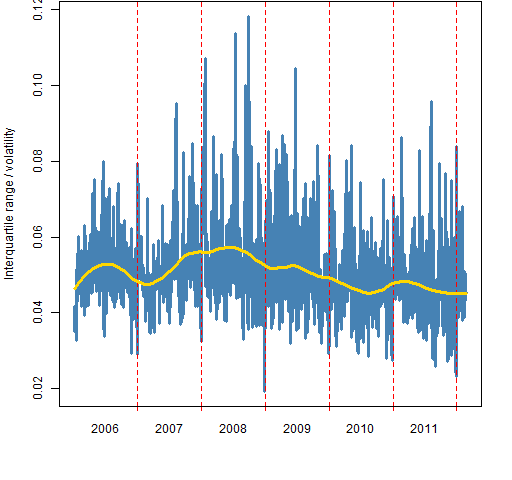 The gold line in Figure 4 is a loess fit with span equal to 0.25.  It seems to be saying that opportunity increased in the early stages of the crisis, but has been declining since.  I wouldn’t want to put too much faith in that without further investigation.

The equivalent of Figure 2 when both variables are adjusted for volatility looks remarkably similar.  There is no indication of asymmetry.

The interquartile range is quite variable day to day, but definitely related to volatility.

when the world is mud-
luscious

The basic data is the matrix of returns (days by stocks) called sp5.ret.

The vector of interquartile ranges was computed as:

The code that did the garch estimations was:

The test in the loop is for cases (one was observed) where the optimization of the garch model doesn’t converge and so it does not produce the usual output.

Then the mean volatility was computed:

Some preparation is needed in order to perform the loess fit.

Now we can do the plotting: