How does modern risk management relate to Mayan hieroglyphics?

If you want to guess, here are some hints:

The Mayan civilization prospered in Central America at roughly the same time as the Roman Empire.  They had architecture, mathematics, and  — as exemplified above — writing.

Risk management is the art of taking clues from the past to change the present in order to reduce the possibility and extent of trauma in the future. 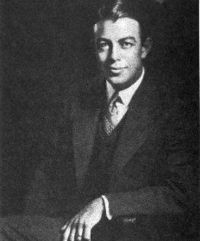 But insurance was just his day job.  His real gig was being a linguist.  He made good progress on decoding Mayan writing, and he studied other Native American languages such as Hopi.

One of his observations was that a lot of fires were started by “empty” gasoline cans. 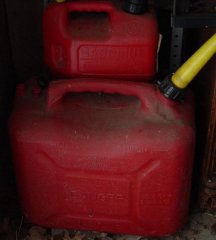 Of course a fire can’t be started by something that is not there.  However, an “empty” gasoline (petrol) can is actually chock-full of gasoline vapor — that’s the flammable bit.  This seems to have propelled him towards the hypothesis that he is famous for: that the language that we speak changes the way we think.  This hypothesis is still stirring the field of linguistics.

The blog post “Which way to the future?” implicitly assumes that Whorf’s hypothesis is correct.

What are the “empty” gasoline cans that we have lying about?

I think that risk measures, like Value at Risk, are good candidates.  Once we have a number for “risk” and that number is suitably small (or we’ve become accustomed to its size), then the actual risk becomes invisible.

Whorf was not the only linguist at his insurance company.  While Whorf was playing with matches in the basement, Wallace Stevens was upstairs in a corner office writing legal briefs and cerebral poetry.  There is no record of them ever meeting.

I measure myself
Against a tall tree.
I find that I am much taller,

Hieroglyphics picture via istockphoto.com.  The portrait is from the Wikipedia article on Benjamin Whorf. Photo of gasoline cans by npclark2k via everystockphoto.com.

This entry was posted in Risk and tagged Value at Risk. Bookmark the permalink.