I wish to remain a cool remove away from discussions of regulation.  However, I very much agree with David’s argument.  I see two key reasons that the statistics of financial risk is extremely hard:

Asking how bad a portfolio might do in the future is like asking how bad a river might flood.  Getting a good estimate of the heights of floods is hard.  You can have close to a perfect idea of the average level of the river — you have lots of observations for that. 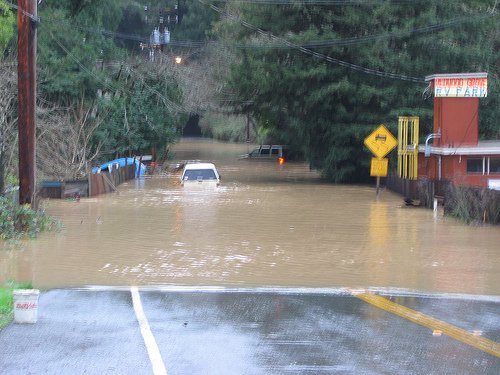 In a sense you don’t have any observations for the most extreme floods.  You have to model the distribution of floods and then extrapolate beyond what you’ve ever seen.

Floods wouldn’t be news if we could estimate them well.

In finance we are trying to determine the level of “floods” for a river that continuously fluctuates wildly.

Estimating flood levels for a pristine river is hard.  But it gets harder.

It is well known that development (building houses, logging, dredging, …) often increases the severity of floods.  We now have a hard problem embedded in a changing system.  The changes imply that our past observations have changed their meaning.

Financial markets are always dynamic.  We know that there are the analogies of logging and dredging going on, but we don’t see them and we don’t know their effect.

I’m not saying that complex risk models should be completely abandoned.  I think many of them have value.  The problem is too much faith in any of them — simple or complex.

Which is harder to stay coolly removed from?:

Simple and stupid can be better.

from One Cool Remove by Greg Brown

Photo by Jessica Merz via everystockphoto.com

This entry was posted in Risk and tagged extreme values, smple and stupid. Bookmark the permalink.