The effect of beta equal 1

Investment Performance Guy had a post about beta equal 1.  It made me wonder about the properties of portfolios with beta equal 1.  When I looked, I got a bigger answer than I expected.

I have some S&P 500 data lying about from the post ‘On “Stock correlation has been rising”‘.  So laziness dictated that I use that. 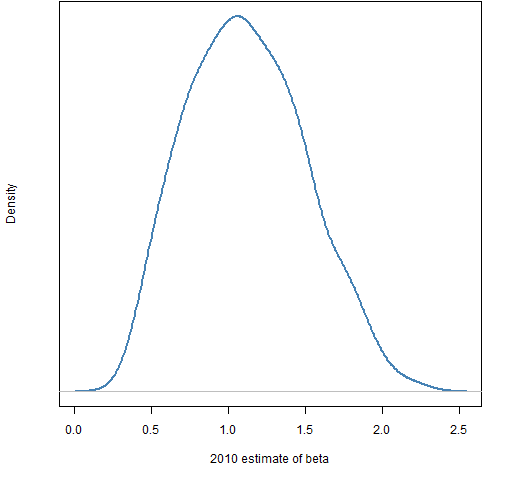 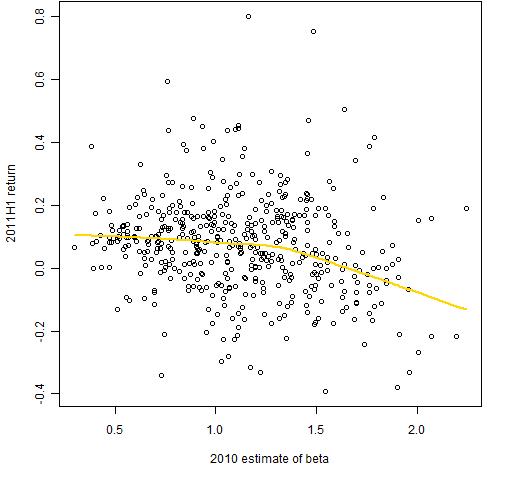 Figure 2 shows a tendency for returns to decrease with beta.  Theory says they should be increasing.  This picture is one more circumstantial piece of evidence that low volatility investing is useful.  Falkenblog just posted “Beta Adored Before Data” that gives some historical perspective on Figure 2.

Two sets of random portfolios were created.  There were 10,000 long-only portfolios in each set and in each case the portfolio beta was restricted to be between 0.99 and 1.01.  One set  consisted of portfolios with 20 assets, the other set had 200 assets per portfolio.

Figures 3 and 4 show the distribution of returns for the first half of 2011 of the two sets of random portfolios.  The return of the index for the period is ever so close to 5%. 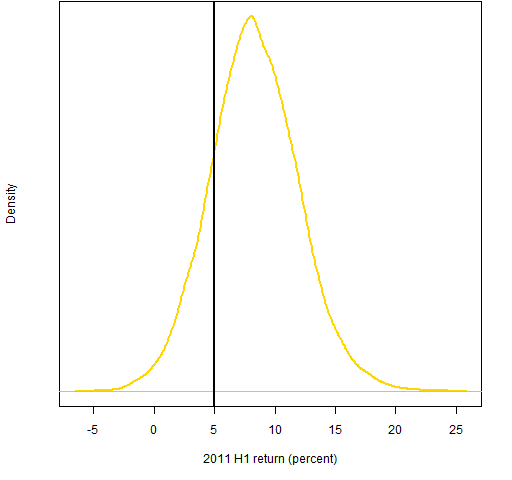 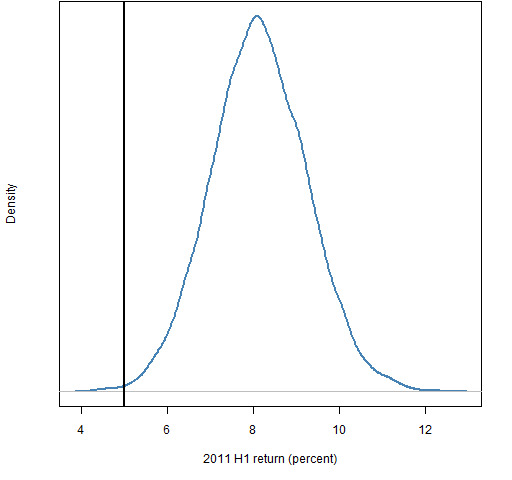 The first thing to do when you get a surprising result is to wonder what you’ve done wrong.

I looked.  Didn’t see anything.

I then created some random portfolios “by hand” that satisfy beta equal 1.  This had two steps:

The distributions of returns for the 20 asset portfolios are very similar (even though they have different restrictions on weights).  The equal weighted distribution for 200 assets has the same center but is narrower — meaning the index return looks even more out of place.

The realized volatility for the S&P 500 for the first half of 2011 is about 12.9%.  Figures 5 and 6 show the volatility distributions of the random portfolios. 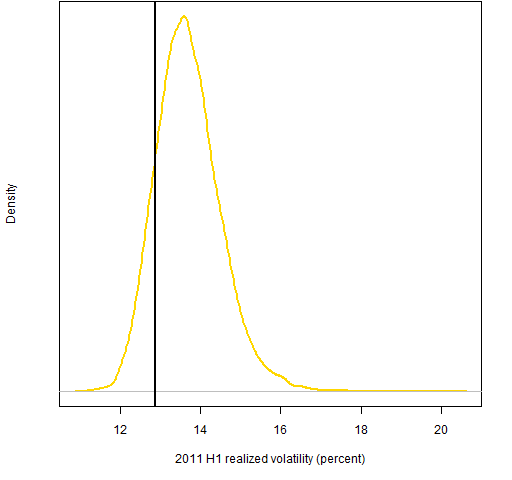 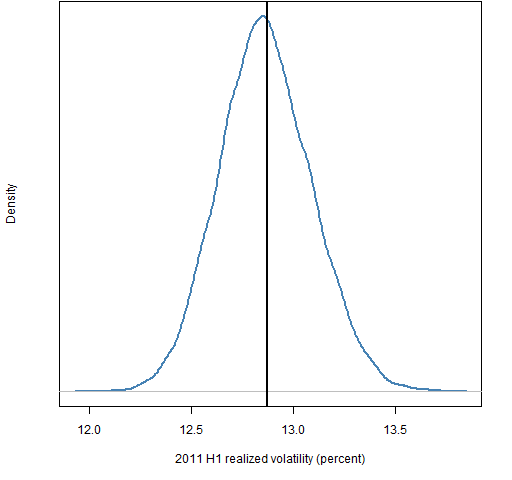 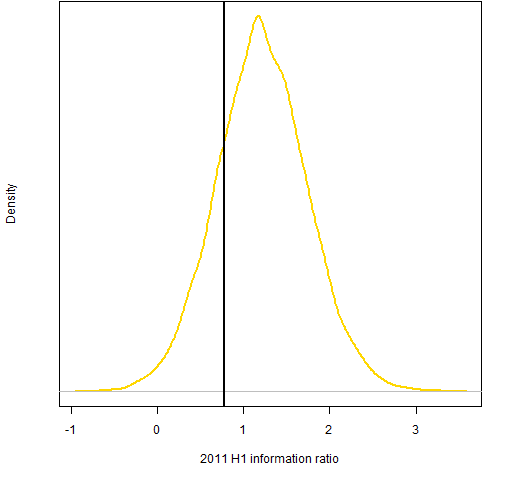 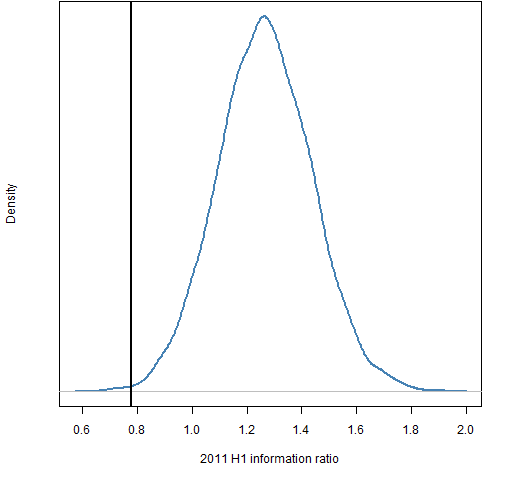 These graphs are suggestive that the index is not on the efficient frontier.

Constraining beta to be close to 1 does not make portfolios behave like the index.  This seems to be another myth to add to the 4.5 myths about beta in finance.

It is shockingly easy in R to get the betas for a cohort of assets.  Once you have a matrix of the asset returns (times in the rows, assets in columns) and a vector of the market returns at the same times, it is one line:

12 Responses to The effect of beta equal 1